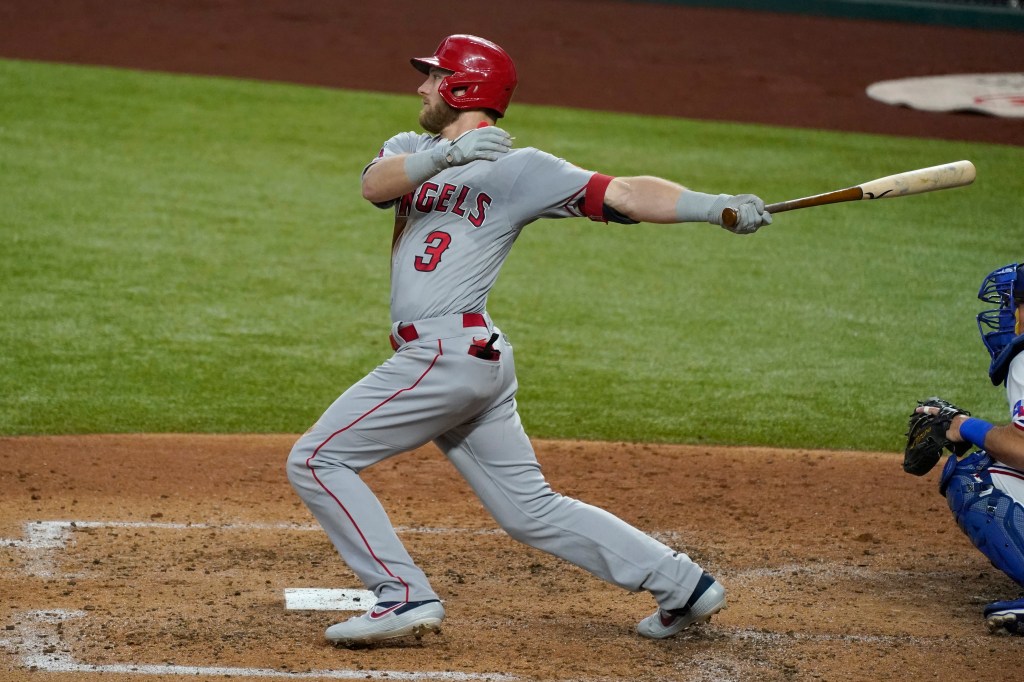 ANAHEIM — The metamorphosis for Taylor Ward, going from a nondescript minor league hitter to a good major league hitter — or at least showing promising signs as such — occurred in two stages.

The first stage he accomplished in 2018, when he retooled his swing. That led to a breakout season at Triple-A and got him to the majors that August.

The second came only recently, and Ward said it was more mental than anything.

“The biggest thing is my mindset in the box,” Ward said on Friday. “In 2018 or ’19, a pitch would not go my way or I fouled off a pitch or whatever would happen and my mindset would change or I’d start questioning what the pitcher was going to throw instead of sticking to my approach and what I’m looking for. The biggest thing I’ve done this is year is sticking to my approach when things aren’t going your way or however it is, the entire at-bat.”

The improved approach has helped make Ward one of the Angels’ small-sample size success stories in this otherwise dreary season.

Ward is now getting the majority of the playing time in right ahead of highly touted prospect Jo Adell, who has struggled.

Ward says the revamped swing he developed at Triple-A in 2018 is mostly still intact. He said it is designed to keep his bat head in plane with the ball, rather than getting under it.

Maddon, however, suggested that Ward may have been one of many hitters who got misguided advice about “launch angle” that doesn’t play in the majors.

“I’ve been a fan since I met him in camp,” Maddon said. “The only thing that he had issues with is somebody wanted to teach him to lift the ball and he got this thing that’s all over the Internet that’s really horrible and it’s it’s impacting a lot of young hitters,” Maddon said.

“A lot of hitting coaches who I talked to say it’s kind of a bane. There’s a lot of people via the internet charging prices for kids to watch these videos. They are being taught these things that are not going to help them against Major Leaguers or just any kind of good pitching. So he had to get away from that. Some other guys have had to. He has and he’s making the adjustments.”

If Ward, 26, continues to hit well through the end of this season and into spring training, he will put more pressure on the presumptive corner outfielders in 2021: Justin Upton and Adell. It’s also possible Ward could work his way into being attractive trade chip to help the Angels fill another hole.

Ward said he’s trying not to think about his long-term place in the organization.

“I still think I haven’t done anything yet,” he said. “So there’s always that drive.”

The beginning of Shohei Ohtani’s throwing program is “right around the corner,” Maddon said. Ohtani was shut down for the year as a pitcher after suffering a forearm strain in early August. He is expected to return to his two-way role in 2021. …

The Angels took their team photo on Friday afternoon, but they did it in a non traditional way. In order to maintain social distancing protocols, the players were photographed in groups and the pictures will be stitched together digitally. They also did one version with the players wearing masks.