Previews and what they’re saying before the Lakers, Nuggets square off in Game 1 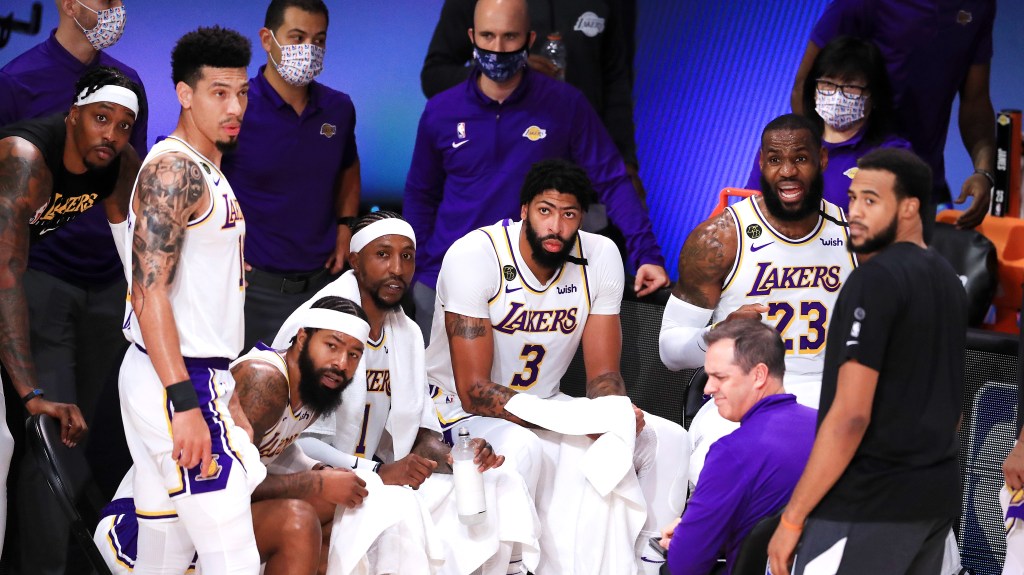 Follow Southern California Newspaper Group’s Kyle Goon as he covers the Lakers Inside the Bubble in Orlando. Updates and social media reaction of Game 1 of the Western Conference Finals best-of-seven playoff series between the Lakers and Nuggets

LeBron describes how he watched Game 7 of Clippers-Nuggets.

Was he looking forward to an all-LA series? LeBron says no. pic.twitter.com/QJlzmhQkVV

Lakers keep their guard up, taking upset-minded Nuggets with caution

Dwight Howard said that the enthusiasm he and JaVale McGee showed in the last round was part fun, part trying to stay engaged in the game, and part understanding that negative energy can be contagious and hurt the team. pic.twitter.com/LCboBKBMW3

“Let’s not act like the Nuggets aren’t a good team & if the Lakers were to beat them that they got a free pass. They just beat the team that everyone said was going to win the title. Give the Nuggets their credit.”

[email protected]_NBA calls the idea of a red carpet being rolled out for LeBron to make the Finals, “1,000% nonsense.”

“Do the Nuggets look like a red carpet to you?! They are a half-Serbian, half-Canadian brick wall waiting in your way.” pic.twitter.com/2e4cFDcQGi

The 2020 Western Conference Finals between the @Lakers & @Nuggets tips off at 9:00pm/et @NBAonTNT! pic.twitter.com/9Hqyxe73eu

We need to stop with this “Congrats to the Lakers on that championship” talk. It’s a setup, Nuggets, Heat, Boston ain’t no joke. This is coming from a Clips vs Bucks Finals person👋🏽. This chip AINT GUARANTEED for NOBODY!

The Nuggets will win some games against the Lakers. I’m not sure yet if it will be four.

I do know I really hate the Lakers still!!!

Frank Vogel on Nuggets: “To be honest, they’re a terrific basketball team. … They’re a handful with the way they play.”