LA County jail population is back above state overcrowding limits 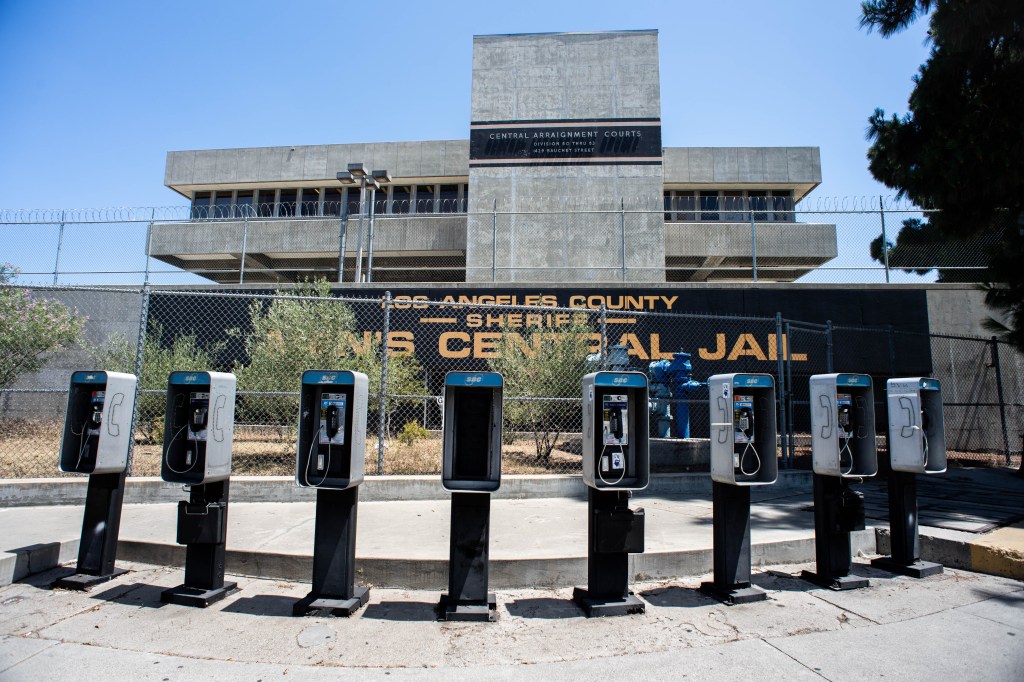 LOS ANGELES — Following a COVID-19-related push to drop Los Angeles County’s jail population by roughly 5,000 inmates to prevent the spread of the virus, the number of prisoners has grown by nearly 15%, according to a report posted to the county’s website.

As of Aug. 27, the countywide jail population was 13,280, up from a low of 11,723 just a few months ago. That uptick was attributed in part to restrictions on transfers during the coronavirus pandemic that have put thousands of individuals in limbo awaiting relocation to state prisons or state hospitals.

A May transfer of 121 inmates from a state prison in Chino is thought to have been responsible for an outbreak at San Quentin that infected more than 2,200 inmates in the Bay Area lockup and killed more than two dozen inmates and employees.

The total puts the county back over the system’s state-rated capacity of 12,404, according to a working group tasked with figuring out how the county might close the downtown Men’s Central Jail.

Bookings may also have increased, as the Men’s Central Jail numbers jumped by 11% in the first two weeks of August, according to analysis provided by the Vera Institute of Justice for the county report. Crimes that dropped sharply during the early months of the pandemic, including violent crimes, have increased as some public restrictions have been lifted, according to both the Los Angeles Police Department and county Sheriff’s Department.

The update, submitted to the board with a letter from Dr. Christina Ghaly, who runs the county’s hospital and clinic system, was dated Sept. 9 and posted last week. It was developed by a working group that includes the Department of Health Services, Sheriff’s Department and Office of Diversion and Reentry.

“LA County has a historic opportunity to close MCJ, an unsafe, crowded, crumbling jail facility built in 1963 that is unsuitable for individuals being detained and employees working there,” the report began. “As documented in multiple lawsuits, the facility is inadequate for the provision of essential medical and mental health care and other services and programs to address the complex needs of the nearly 4,000 individuals who end up there — who are overwhelmingly Latinx, Black and other people of color.”

The Men’s Central Jail holds about 30% of the county’s jail inmates and is located close to the downtown criminal courthouse. The working group is tasked with determining how it could relocate thousands of inmates from that facility without creating overcrowding elsewhere.

One reason the math could work is that many individuals are jailed for only a day or two and could instead be diverted into community care or freed pending charges or trial. Though the county’s jails had exceeded state overcrowding limits for years, once the coronavirus struck, it took roughly three months for the Sheriff’s Department to bring the population down. Thousands of non-violent alleged offenders awaiting trial and inmates with short time left on their sentences were released, some into community treatment and others on their own recognizance.

To keep the numbers low, fewer bookings would also be required, which would in turn require an investment in community-based treatment beds for individuals with serious mental illness. In an earlier report, the county CEO estimated that another 10,000 community beds would need to be added over time.

A January report by the RAND Corp. estimated that as many as 61% of the jail mental health population could be treated outside the system, though Sheriff Alex Villanueva has pushed back against that assertion and said the individuals remaining in jail now need to stay behind bars for public safety.

The Vera analysis provided additional insight into who is held at the Men’s Central. Based on a point-in-time snapshot on Aug. 19, the average inmate age is 36 and skews younger for people of color. An estimated 84% are being held pending trial, without holds from other agencies, likely because they simply cannot afford bail, according to the analysis.

However, a majority of that pre-trial group are designated as medium-or high-security risk. Of the individuals deemed low security, 74% are serving a sentence. About 40 of those convicted are awaiting transfer to a state hospital based on a mental health diagnosis, but COVID-19 public health orders currently restrict transfers. Many of the county’s inmates with serious mental health problems are instead held at the Twin Towers Correctional Facility.

The working group report also highlighted longstanding problems, including an assertion that the county — which runs the largest jail system in the country — has jailed a higher per capita percentage of people of color than other big city jurisdictions.

“LA County has consistently incarcerated numbers of residents, primarily people of color, far out of proportion to its population compared to all other large urban counties,” according to the report, which cited a 2017 survey by the U.S. Bureau of Justice Statistics.