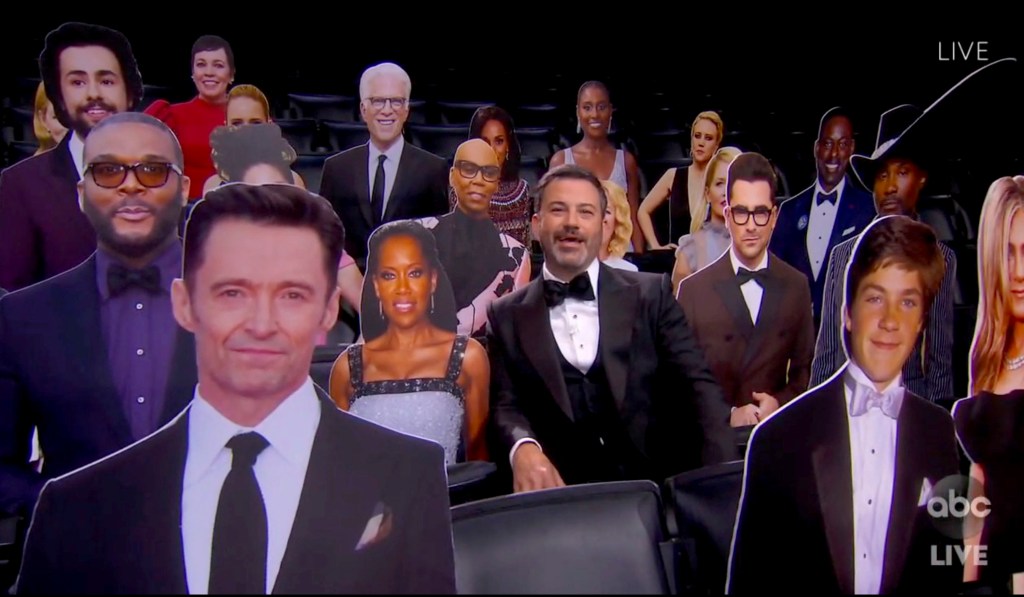 “Schitt’s Creek,” “Watchmen,” and “Succession” were the big winners at the 72nd Primetime Emmy Awards on Sunday in a show that went virtual due the coronavirus and included a healthy dose of activism in this most volatile of years.

“Schitt’s Creek,” a Canadian-based comedy about a wealthy family who lose it all and have to start over in the titular town, dominated the comedy categories winning all seven top awards include outstanding comedy series and Emmys in all four acting categories.

And “Succession,” the dark satire of a family wrestling for control of a conservative global media corporation, won four Emmys in the drama category including outstanding drama and outstanding actor for Jeremy Strong.

The first major awards show of the coronavirus era was at times bizarre, with host Jimmy Kimmel talking to an empty Staples Center, more than 100 nominees on virtual video links. That actually went well, with only a few of the acceptance speeches marred by bad internet connections.

Some things were the same as ever. Kimmel’s jokes were mostly hits, with occasional misses, and the winners were the usual mix of eloquent and tongue-tied.

The eloquent included Tyler Perry, winner of this year’s Governor’s Award, whose speech touched on issues of race and class and the need to keep working to make the industry, the nation and the world a better representation of their inhabitants, a theme that many others also touched on.

And new twists, such as the enlistment of first responders as presenters in some categories, felt good, not forced, a nice tip of the hat to the people who have kept the world going through the darkest days of COVID-19.