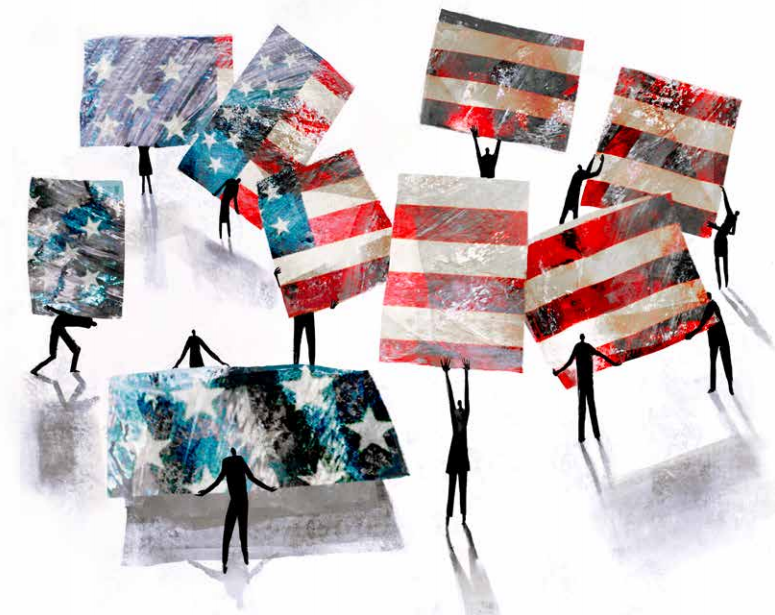 This is the time of year – in a presidential election year, that is – where any reporting on politics can’t help but lean toward that fast-approaching special Tuesday after the first Monday of November. You know the one I mean. In any other year, it would be commanding ALL the headlines, whereas this year, presidential politics have taken a backseat to the pandemic, protests and wildfires.

OK, maybe that’s not quite right, given that our politics these days are like a black hole consuming the galaxy that once encircled it. Which is to say: Once it was a bright, shiny sun – the envy of all the world – and then, you know, it went supernova and collapsed upon itself, and now it’s a churning maelstrom that pulls in and pulls apart anything that drifts too close.

But hey, that’s democracy, right? Sometimes we fight. And sometimes we REALLY fight.

But this magazine is not about political fisticuffs.

This magazine is a celebration of our democracy, and we are doing that by profiling all kinds of people who have made politics their life’s work.

But please note: We’ve kind of left out the politicians.

Instead, we are focusing on the people who actually make the process work – the grassroots community organizer, the pollster, the volunteer, the political operative, the campaign manager, the party chair and so on. We’ve picked people from both parties, and we’ve done our best to leave the platforms aside in favor the personal stories in hopes that no matter which party you pledge your allegiance to, you’ll see that all of these people – even the ones you might normally refer to as THEY or THEM or even as something less generous – are just people.

And like you and me, they are Americans who believe in the promise of our great nation and in the enduring strength of our republic.

In the following pages, you will meet people like pollster Adam Probolsky, whose career was born in front of his father’s bagel shop, and who says, “In California, the world was, and still is, wide open. Anybody can be anything.”

You’ll also meet political consultant Leo Briones, who offers his origin story in his own words, telling how a childhood brush with racism ultimately led him to an abiding interest in history and politics and ultimately set the course of his life: “I chose democracy and politics,” he writes.

And you’ll also meet the new chairwoman of the state Republican Party, Jessica Millan Patterson, whose political career started at 16, when she announced to her parents (both Democrats) that she wanted to volunteer at the Los Angeles County Republican Party Headquarters.

And there are many others as well, from both sides of the proverbial aisle and from all walks of life.

We hope you will find something in common with the new faces you’ll find in these pages, even if that commonality is as simple as the fact that we are all Americans, and together, we can build a better and brighter future.