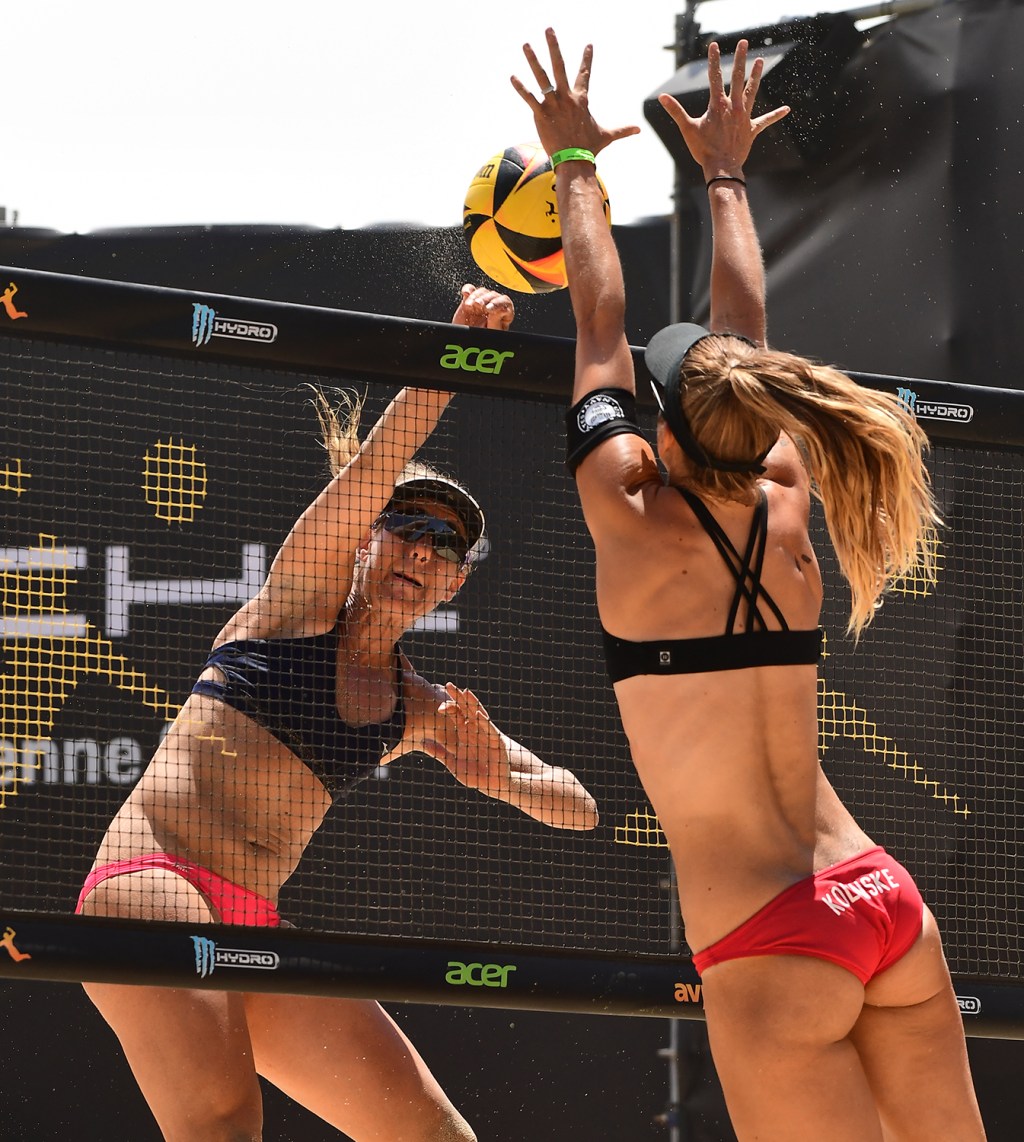 Top-seeded April Ross and Alix Klineman are used to playing in beach volleyball championship matches. But when they took on fourth-seeded Kelly Claes and Sarah Sponcil on Sunday for the title in the third and final leg of the AVP Champions Cup series, they did so knowing their opponents were coming off an impressive semifinal victory over defending world champions Sarah Pavan and Melissa Humana-Paredes.

It was no problem for Ross and Klineman as they defeated Claes and Sponcil 21-18, 21-17 in the championship match, completing a hat trick by winning all three titles in the series that was contested over consecutive weekends without fans because of the coronavirus pandemic.

Although the win came in straight sets, Klineman, of Manhattan Beach, said it was anything but easy.

“First of all, we have a lot of respect for them as a team” she said. “We’ve trained against them a bunch, especially leading up to these three events, and so we’ve seen how much they’ve improved.

“And I think we could just tell that they were fired up today and we knew that we were going to have to match their energy and their intensity.”

Ross, of Costa Mesa, talked about what, in her mind, is the most difficult thing about winning on three consecutive Sundays.

Klineman had 16 kills and Ross came through with 14 kills, 14 digs and three aces.

Claes, of Fullerton, powered down 23 kills and also had six digs, a block and an ace. Sponcil had six kills and nine digs.

Ross and Klineman are ranked No. 2 in the world behind Pavan and Humana-Paredes of Canada and are favored to be one of the two American teams in the Tokyo Games next year. As strong as they are, Klineman believes she and Ross still have plenty of upside.

“I’d like to think a lot,” Klineman said. “Every training block we have I feel we’re able to improve and add new things to our game.”

Ross and Klineman made it to the final with a 21-18, 21-17 semifinals victory over No. 6-seeded Kelley Kolinske/Emily Stockman. Ross had 15 kills, 12 digs and two aces in that one and Klineman had 14 kills and four blocks.

Kolinske had 10 kills and four blocks and Stockman contributed nine kills and 13 digs.

Humana-Paredes led her team with 12 kills and 14 digs.